The eight-circuit model of consciousness is a hypothesis by Timothy Leary, and later expanded on by Robert Anton Wilson and Antero Alli, that "suggested eight periods [circuits] and twenty-four stages of neurological evolution".[1] The eight circuits, or eight "brains" as referred by other authors, operate within the human nervous system, each corresponding to its own imprint and direct experience of reality.[2] Leary and Alli include three stages for each circuit that details developmental points for each level of consciousness.[3][4][5]

The first four circuits deal with life on Earth, and survival of the species. The last four circuits are post-terrestrial, and deal with the evolution of the species, altered states of consciousness, enlightenment, mystical experiences, psychedelic states of mind, and psychic abilities. The proposal suggests that these altered states of consciousness are recently realized, but not widely utilized. Leary describes the first four as "larval circuits", necessary for surviving and functioning in a terrestrial human society, and proposed that the post terrestrial circuits will be useful for future humans who, through a predetermined script, continue to act on their urge to migrate to outer space and live extra-terrestrially.[6] Leary, Wilson, and Alli have written about the idea in depth, and have explored and attempted to define how each circuit operates, both in the lives of individual people and in societies and civilization.

The term "circuit" is equated to a metaphor of the brain being computer hardware, and that the wiring of the brain as circuitry.[7][8]

Leary uses the eight circuits along with recapitulation theory to explain the evolution of the human species, the personal development of an individual, and the biological evolution of all life.[9][10]

Each circuit listed has each name from Leary's book "Exo-Psychology" after the preface,[11][12] and Wilson's book "Quantum Psychology" pgs.196-201.[13] Note:In other books from Leary, Wilson, and Alli, the eight circuits have different names due to different interpretations and findings of each author. Please reference bibliography section for other works on labeling of each circuit.

This circuit is concerned with nourishment, physical safety, comfort and survival, suckling, cuddling, etc. It begins with one spatial dimension, forward/back.[14]

This circuit is imprinted early in infancy. The imprint will normally last for life unless it is re-imprinted by a powerful experience. Depending on the nature of the imprint, the organism will tend towards one of two basic attitudes:

This circuit is said to have appeared in the earliest evolution of the invertebrate brain and corresponds to the reptilian brain of triune brain theory. This circuit operates in essentially the same way across mammals, reptiles, fish, primates and humans. [16]

Robert Anton Wilson equated this circuit with the oral stage in the Freudian theory of psychosexual development, and proposed that this circuit is activated in adults by strong opioids.[17]

The emotional-territorial circuit is imprinted in the toddler stage. It is concerned with domination and submission, territoriality, etc.

The imprint on this circuit will trigger one of two states:

The first and second circuits both imprint in a binary fashion: trust/suspicion and dominance/submission.[21] Thus there are four possible ways of imprinting the first two circuits:

This circuit is imprinted by human symbol systems. It is concerned with language, handling the environment, invention, calculation, prediction, building a mental "map" of the universe, physical dexterity, etc.

This circuit is activated by stimulant drugs such as amphetamines, cathinones, cocaine, and caffeine.[citation needed] This circuit supposedly appeared first when hominids started differentiating from the rest of the primates.

Robert Anton Wilson, being heavily influenced by General Semantics, writes of this circuit as the 'time-binding circuit'. This means that this circuit's contents – including human know-how, technology, science etc. - are preserved memetically and passed on from generation to generation, constantly mutating and increasing in sophistication.

This fourth circuit is imprinted by the first orgasm-mating experiences and tribal "morals". It is concerned with sexual pleasure (instead of sexual reproduction), local definitions of "moral" and "immoral", reproduction, rearing of the young, etc. The fourth circuit concerns itself with cultural values and operating within social networks. This circuit is said to have first appeared with the development of tribes. Some have pointed out that entactogens such as MDMA seem to meet some of the requirements needed to activate this circuit.[citation needed]

This is concerned with neurological-somatic feedbacks, feeling high and blissful, somatic reprogramming, etc. It may be called the rapture circuit.[29]

When this circuit is activated, a non-conceptual feeling of well-being arises. This has a beneficial effect on the health of the physical body.[30]

The fifth circuit is consciousness of the body. There is a marked shift from linear visual space to an all-encompassing aesthetic sensory space. Perceptions are judged not so much for their meaning and utility, but for their aesthetic qualities.[31] Experience of this circuit often accompanies an hedonistic turn-on, a rapturous amusement, a detachment from the previously compulsive mechanism of the first four circuits.

This circuit is activated by ecstatic experiences via physiological effects of cannabis, Hatha Yoga, tantra and Zen meditation. Robert Anton Wilson writes, "Tantra yoga is concerned with shifting consciousness entirely into this circuit"[32] and that "Prolonged sexual play without orgasm always triggers some Circuit V consciousness".[33]

Leary describes that this circuit first appeared in the upper classes, with the development of leisure-class civilizations around 2000 BC.

This circuit is concerned with re-imprinting and re-programming all earlier circuits and the relativity of "realities" perceived. The sixth circuit consists of the nervous system becoming aware of itself. Leary says this circuit enables telepathic communication and is activated by low-to-moderate doses of LSD (50-150 μg), moderate doses of peyote, psilocybin mushrooms and meditation/chanting especially when used in a group or ritual setting. This circuit is traced by Leary back to 500 BC.[citation needed]

This circuit is the connection of the individual's mind to the whole sweep of evolution and life as a whole. It is the part of consciousness that echoes the experiences of the previous generations that have brought the individual's brain-mind to its present level.[citation needed]

It deals with ancestral, societal and scientific DNA-RNA-brain feedbacks. Those who achieve this mutation may speak of past lives, reincarnation, immortality etc.[41] It corresponds to the collective unconscious in the models of Carl Jung[32] where archetypes reside.

The eighth circuit is concerned with quantum consciousness, non-local awareness (information from beyond ordinary space-time awareness which is limited by the speed of light), illumination. Some of the ways this circuit can get activated are: the awakening of kundalini, shock, a near-death experience, DMT, high doses of LSD and according to Robert Anton Wilson almost any dose of ketamine.[44] This circuit has even been compared to the Buddhist concept of Indra's net from the Avatamsaka Sutra

Leary stated "They[The theories presented in Info-Psychology] are scientific in that they are based on empirical findings from physics, physiology, pharmacology, genetics, astronomy, behavioral psychology, information science, and most importantly, neurology." [45]

Leary called his book "science faction" or "psi-phy" and noted he had written it "in various prisons to which the author had been sentenced for dangerous ideology and violations of Newtonian and religious laws".[46]

Although Leary propounded the basic premise of eight "brains" or brain circuits, he was inspired by sources such as the Hindu chakra system.

Leary claimed that among other things this model explained the social conflict in the 1960s, where the mainstream was said to be those with four circuits active and characterized by Leary as tribal moralists and clashed with the counter-culturists, who were then said to be those with the fifth circuit active and characterized as individualists and hedonists.[citation needed]

Leary's first book on the subject, Neurologic, only included seven circuits when it was published in 1973. Exo-Psychology, published in 1977, expanded the number of circuits to eight and clarified the subject. In it, he puts forward the theory that the later four circuits are "post terrestrial;" intended to develop as we migrate off this planet and colonize others.[47] Once we begin space migration, according to Leary, we will have more ready access to these higher circuits. Exo-Psychology was re-published as revised by Timothy Leary with additional material in 1989 under the title Info-Psychology (New Falcon Publishing).

Other authors on the eight circuits

Leary's ideas heavily influenced the work of Robert Anton Wilson. Wilson's 1983 book Prometheus Rising is an in-depth work documenting Leary's eight-circuit model of consciousness. Wilson's published 1993 screenplay, Reality Is What You Can Get Away With, uses and explains the model. Wilson, like Leary, wrote about the distinction between terrestrial and post-terrestrial life.

Angel Tech by Antero Alli, is structured around the Eight-circuit model of consciousness. Alli defines the word angel as "a being of light" and tech from the word "techne" meaning "art". The title is defined as "the art of being light".[48] It includes suggested activities such as meditations and construction of tarot-card collages associated with each circuit and imprint.

The model is fairly prominent in chaos magic. This concept has been detailed in "Chaotopia!" by Dave Lee, a leading member of the magic society Illuminates of Thanateros. Leary and Wilson were also members of the society.[citation needed]

Rolf Von Eckartsberg also appears to have been influenced by the model.[49][50] 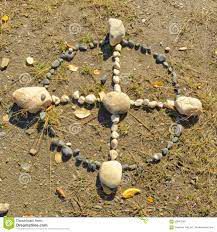 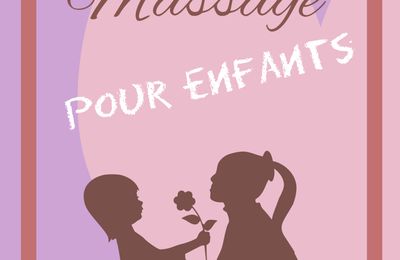 Grow your own food.Good health starts with good habits, like eating healthy food. And with Tower Garden, you can easily grow your own fresh, nutrient-rich food virtually anywhere, year-round, without soil.